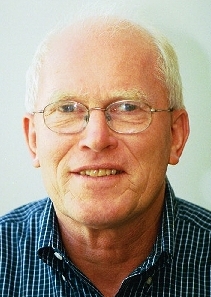 During all of MPE2013 we could enjoy almost daily blogs, in both French and English. Now that the year 2013 is coming to an end, we can look back and ask ourselves who ran the blog? None of us had realized at the beginning what a challenge this would represent. In the beginning it was relatively easy. We were writing the posts ourselves, and it was exciting to explain all those aspects of MPE that we were discovering and to learn about new topics in the posts that were written by others. After several months, it became more difficult: the obvious bloggers had contributed a fair number of posts, and if people were asked at the last minute, they would politely decline, leaving quite a few posts to be written by the members of the editorial committee.

For the English blog, we formed a team, and each member of the team took responsibility for providing posts one day a week. The team was chaired by Hans Kaper, who was also responsible of posting the blog entries. Except for short periods when he was traveling, Hans posted each entry: this included dealing with the formulas and images whenever there were some, and Hans would always take the time to do some copy-editing. We are extremely grateful to him for the fantastic job he accomplished, and I use the opportunity of this post today to thank him on behalf of the readers of our blog. Many thanks also to the other members of the editorial team: Estelle Basor, Brian Conrey, Jim Crowley, Bogdan Vernescu, and Kent Morrison, who also helped with the posting of the blogs.

I cannot mention the English blog without also mentioning the French blog. The title of this blog was “Un jour, une brève”, with a short “story” on Planet Earth every working day. The description was the following: The French blog aims at publishing one text a day (except on weekends) in connection to the themes of “Mathematics for the Planet Earth”. These will be very short notices, say half a page each (in principle in French), without any technical details, which are intended to be read by a broad audience (that may include pre-university students). The goal is two-fold: we wish to explain on the one hand how mathematics can bring some useful information and on the other hand how the mathematical activity is supplied with new problems, new questions raised by the surrounding world. They also brilliantly won their bet with high-quality contributions and several thousands hits a day! And their posts will be published in a volume sometimes next year. In the name of MPE2013, we would like to thank their fantastic executive team: Martin Andler, Liliane Bel, Sylvie Benzoni, Thierry Goudon, Cyril Imbert, Pierre Pansu and Antoine Rousseau, which worked with an efficient editorial team.

Some countries also presented a blog with a somewhat lower frequency. We mention, for instance, the blog of MPE Australia. To all these countries we express our congratulations and thanks.