Mathematical and numerical modeling can be used to better understand the physics of earthquakes, improve the design of site-specific structures and facilities, and enhance seismic-risk maps.

The reliability of existing tools for earthquake and ground-motion prediction, which are based on empirical relations involving earthquake magnitude, source-to-site distance, fault mechanisms and soil properties, has recently been brought into question. Instead, numerical deterministic simulations have become increasingly popular, mainly because they provide sufficiently accurate and reliable ground-motion predictions to quantify the potential risks from earthquakes. By simulating a number of realistic earthquake scenarios, we can obtain reliable estimates of the severity of seismic events and their possible effects on large urban areas—especially important in cases where we have few historical data—and establish collapse-prevention procedures for strategic structures located in the proximity of a fault. 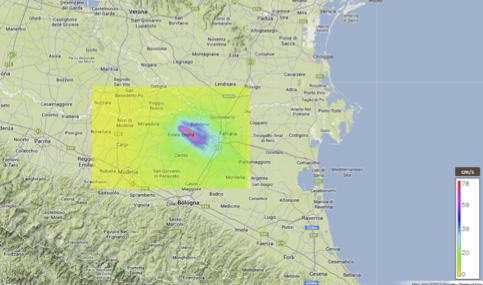 SPEED is a certified open-source code for the prediction of near-fault ground motion and the seismic response of three-dimensional structures. SPEED is the product of a collaboration of the Laboratory for Modeling and Scientific Computing (MOX) in the Department of Mathematics and the Department of Civil and Environmental Engineering at the Politecnico di Milano. The code has been tested in a number of realistic seismic events, including the earthquakes in L’Aquila, Italy (2009), Chile (2010), Christchurch in New Zealand (2011), and Northern Italy (2012).