During August 2013, the Fields Institute in Toronto hosted a Focus Program on Commodities, Energy and Environmental Finance. The Focus Program addressed the interaction of markets and environment, including such MPE themes as sustainable development, effective risk management of weather events, and the role of finance in the production and consumption of energy. The busy month had a variety of activities, including three summer school mini-courses, two research workshops, and a lively seminar series. Nearly all events have been video recorded and archived, available for viewing any time. 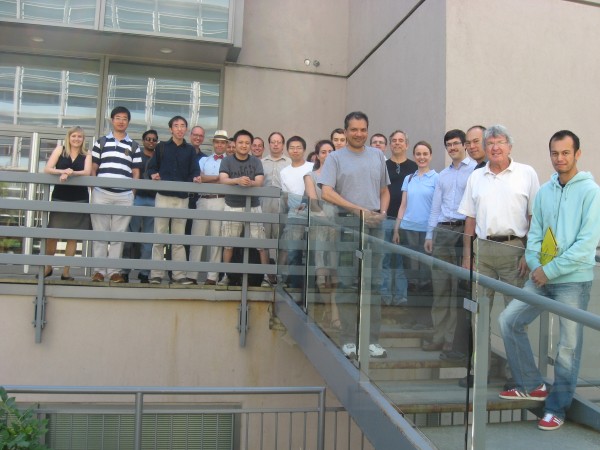 A particular highlight was provided by two panel discussions that explored how mathematicians can contribute to environmental policy making. One of the panelists, Ron Dembo of Zerofootprint (a “cleantech” software company that was one of the sponsors of the Program and provided carbon offsets for participants’ travel) exhorted mathematicians to advocate for “hedging our climate”, i.e., applying quantitative risk-management techniques to assess the threat and response to climate change. Another panelist, Matheus Grasselli (McMaster) pointed out how mathematical methods are helping revitalize macroeconomic thinking about interaction between finance and the real economy, with similar implications for environmental action. There was also good industry involvement, particularly with participants from Electricité de France and Ontario Power Generation. Hans Tuenter from the latter utility gave an enlightening 90-minute tutorial on wind power and how subsidized renewables have led to negative power prices in Ontario.

Over 40 different presentations were delivered during the Program. Fred Benth (Oslo) explained how to stochastically model wind speeds at a given location (relevant for installing wind turbines), which led to discussion of recent developments in CARMA (continuous auto-regressive moving averages) models. Rene Carmona (Princeton) reviewed the contradictory evidence regarding influence of financial traders on commodity prices (so-called financialization). Almut Veraart (LSE) presented the newly developed theory of ambit fields, which generalize Gaussian random fields, that has applications for multivariate modeling of electricity prices; Michael Coulon (Princeton) discussed the detailed features of the New Jersey market for solar renewable energy certificates. A trio of talks by Minyi Huang (Carleton), Francois Delarue (Nice) and Daniel Lacker (Princeton), focused on latest results in the rapidly growing area of mean field games, which provides notions of stochastic equilibrium among infinitely many interacting agents. A number of talks (Mike Ludkovski, Xuwei Yang (both UCSB), and Ronnie Sircar (Princeton)) discussed the interplay between exploration for new fuels, the improvement in renewable technology and uncertain demand within a dynamic game-theoretic framework. Issues between electricity markets and carbon emissions were discussed both by mathematicians such as Mireille Bossy (INRIA), and economists such as Frank Wolak (Stanford).

Overall, the Focus Program was a great success, and has stimulated many new interactions among the participants. In particular, attendees commented on the multi-disciplinary developments currently taking place in the subject, with mathematicians, probabilists, statisticians, industrial and operations engineers, economists and finance practitioners all working simultaneously (and frequently together) on the same problems. We are planning a volume of papers devoted to work presented during the Focus Program to appear in Summer 2014. Commodities and environmental finance continues its rapid growth and is sure to bring forth many more developments in the near future.