A Berkeley graduate student, George Dantzig, was late for class. He scribbled down two problems from the blackboard and handed in solutions a few days later. But the problems on the board were not homework assignments; they were two famous unsolved problems in statistics. The solutions earned Dantzig his PhD.

With his doctorate in his pocket, he went to work with the US Air Force, designing schedules for training, stock distribution and troop deployment, activities known as programming. He was so efficient that, after the second World War, he was given a well-paid job at the Pentagon, with the task of mechanizing the program planning of the military. There he devised a dramatically successful technique, or algorithm, which he named linear programming (LP).

LP is a method for decision-making in a broad range of economic areas. Industrial activities are frequently limited by constraints. For example, there are normally constraints on raw materials and on the number of staff available. Dantzig assumed these constraints to be linear, with the variables, or unknown quantities, occurring in a simple form. This makes sense: if it requires four tons of raw material to make 1,000 widgets, then eight tons are needed to make 2,000 widgets. Double the output requires double the resources.

LP finds the maximum value of a quantity, such as output volume or total profit, subject to the constraints. This quantity, called the objective, is also linear in the variables. A real-life problem may have hundreds of thousands of variables and constraints, so a systematic method is needed to find an optimal solution. Dantzig devised a method ideally suited to LP, called the simplex method.

At a conference in Wisconsin in 1948, when Dantzig presented his algorithm, a senior academic objected, saying: “But we all know the world is nonlinear.” Dantzig was nonplussed by this put-down, but an audience member rose to his defence, saying: “The speaker titled his talk ‘Linear Programming’ and carefully stated his axioms. If you have an application that satisfies the axioms, then use it. If it does not, then don’t.” This respondent was none other than John von Neumann, the leading applied mathematician of the 20th century.

LP is used in a number of Irish industries. One interesting application, used by Coillte, is harvest scheduling. This enables decisions to be made about when and where to cut trees in order to maximize the long-term financial benefits. A more advanced system, which incorporates environmental and social constraints in addition to economic factors, is being developed by Coillte and UCD Forestry. 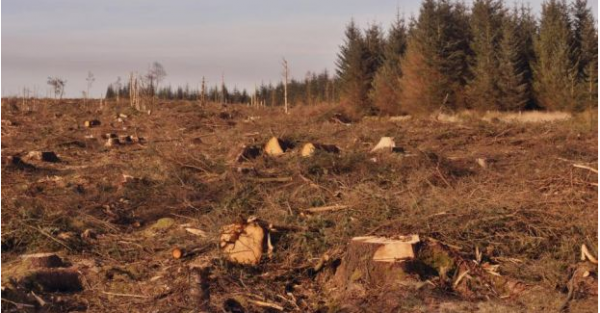 The acid test of an algorithm is its capacity to solve the problems for which it was devised. LP is an amazing way of combining a large number of simple rules and obtaining an optimal result. It is used in manufacturing, mining, airline scheduling, power generation and food production, maximizing efficiency and saving enormous amounts of natural resources every day. It is one of the great success stories of applied mathematics.

This article appeared in The Irish Times of Tuesday, October 8, 2013. Reprinted with the author’s permission.