On September 24, 2013, I had the pleasure of attending the seventh in the nine-lecture MPE2013 Simons Public Lecture Series. The talk was held on the beautiful campus of Brown University in Providence, Rhode Island, and was attended by nearly 600 people, including entire bus-loads of high-school students.

The hosting institution for this talk was the Institute for Computational and Experimental Research in Mathematics (ICERM). The crowd was welcomed by ICERM director Jill Pipher; Peter Jones, Director of the Applied Mathematics Program at Yale University, introduced the keynote speaker of the event, Professor L. Mahadevan of Harvard University. Professor Mahadevan’s research interests revolve around understanding the physical and biological organization of matter and how it is shaped, moves and flows, particularly at the scale of the everyday world. He uses both quantitative experiments and theoretical studies to probe questions over a range of scales.

Professor Mahadevan’s talk was entitled “On Growth and Form: Mathematics, Physics and Biology,” after the book “On Growth and Form” by D’Arcy Wentworth Thompson. In his talk, Professor Mahadevan explored how issues of form are at their core mathematical problems. He explained how pollen tubes grow, leaves ripple, flowers bloom and guts loop. He gave very engaging examples of each, using visual aids and a series of slides to explain how mathematics is used to help solve ongoing questions of growth and form. 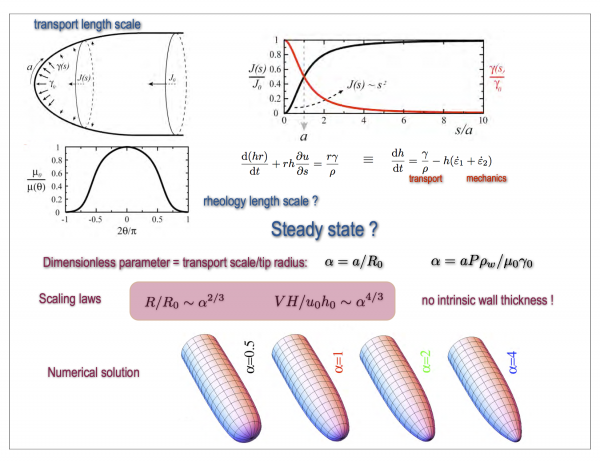 The lecture was followed by a reception for 50 special guests at the home of Brown University President Christine Paxson.

The Brown Daily Herald reported on the lecture in an article entitled “Lecturer explains nature with mathematical principles,&#8221 by its Staff Writer Alex Constantino in its issue of September 25, 2013.

Sponsored by the Simons Foundation, the MPE2013 Simons Public Lecture Series is taking place at nine locations around the world. Each lecturer is a leading expert who will explain how the mathematical sciences play a significant role in understanding and solving some of Planet Earth’s important problems. Our communities’ best expositors and champions will cover a diverse range of topics in lectures aimed for a public audience. Previous talks have been held in Melbourne, San Francisco, Cape Town, Montreal, Chapel Hill and Berlin. The remaining two talks will be held Minneapolis on October 8th (“The Evolution of Cooperation: Why We Need Each Other to Succeed,” by Martin Nowak), and Los Angeles (“Quantum Mechanics and the Future of the Planet,” by Emily Carter).