The greater the plant density in a given area, the greater the amount of rainwater that seeps into the ground. This is due to a higher presence of dense roots and organic matter in the soil. Since water is a limited resource in many dry ecosystems, such as semi-arid environments and semi-deserts, there is a benefit to vegetation to adapt by forming closer networks with little space between plants. 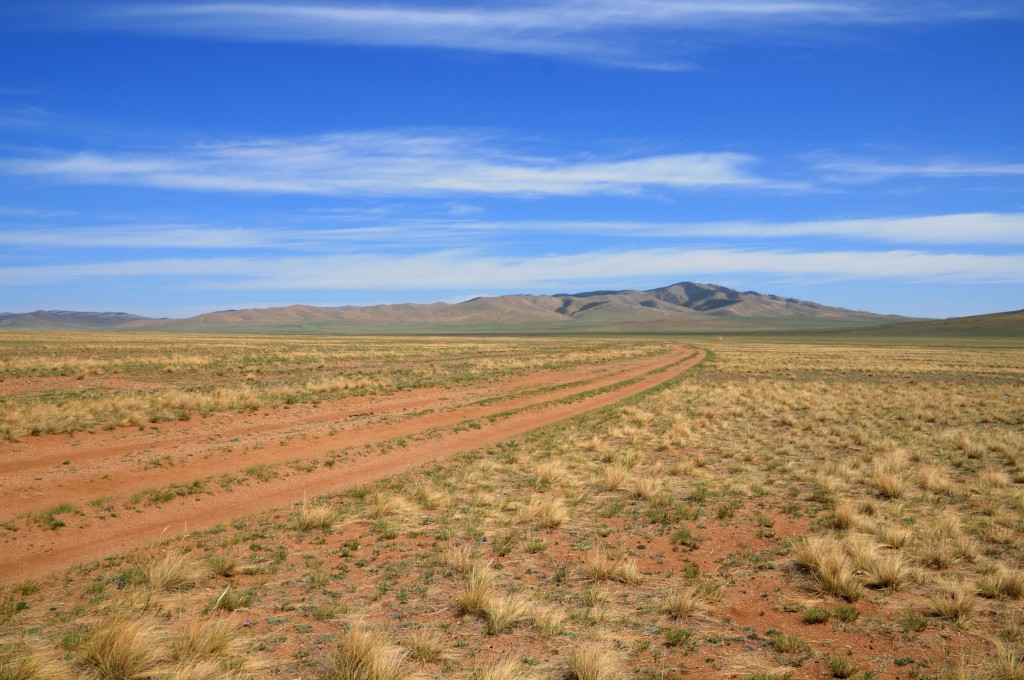 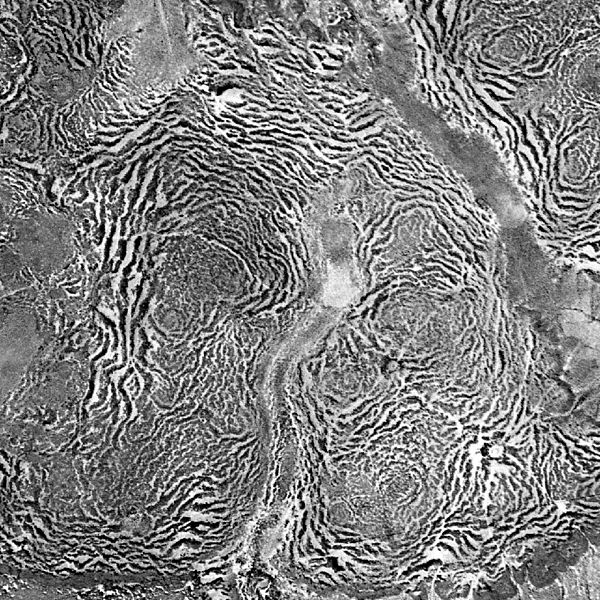 Hence, vegetation in semi-arid environments (or regions with low rainfall) self-organizes into patterns or “bands.” The pattern formation occurs where stripes of vegetation run parallel to the contours of a hill, and are interlaced with stripes of bare ground. Banded vegetation is common where there is low rainfall. In a paper published last month in the SIAM Journal on Applied Mathematics, author Jonathan A. Sherratt uses a mathematical model to determine the levels of precipitation within which such pattern formation occurs.

“Vegetation patterns are a common feature in semi-arid environments, occurring in Africa, Australia and North America,” explains Sherratt. “Field studies of these ecosystems are extremely difficult because of their remoteness and physical harshness; moreover there are no laboratory replicates. Therefore mathematical modeling has the potential to be an extremely valuable tool, enabling prediction of how pattern vegetation will respond to changes in external conditions.”

Several mathematical models have attempted to address banded vegetation in semi-arid environments, of which the oldest and most established is a system of partial diﬀerential equations, called the Klausmeier model.

The Klausmeier model is based on a water redistribution hypothesis, which assumes that rain falling on bare ground infiltrates only slightly; most of it runs downhill in the direction of the next vegetation band. It is here that rain water seeps into the soil and promotes growth of new foliage. This implies that moisture levels are higher on the uphill edge of the bands. Hence, as plants compete for water, bands move uphill with each generation. This uphill migration of bands occurs as new vegetation grows upslope of the bands and old vegetation dies on the downslope edge.

In this paper, the author uses the Klausmeier model, which is a system of reaction-diffusion-advection equations, to determine the critical rainfall level needed for pattern formation based on a variety of ecological parameters, such as rainfall, evaporation, plant uptake, downhill flow, and plant loss. He also investigates the uphill migration speeds of the bands. “My research focuses on the way in which patterns change as annual rainfall varies. In particular, I predict an abrupt shift in pattern formation as rainfall is decreased, which dramatically affects ecosystems,” says Sherratt. “The mathematical analysis enables me to derive a formula for the minimum level of annual rainfall for which banded vegetation is viable; below this, there is a transition to complete desert.”

The model has value in making resource decisions and addressing environmental concerns. “Since many semi-arid regions with banded vegetation are used for grazing and/or timber, this prediction has significant implications for land management,” Sherratt says. “Another issue for which mathematical modeling can be of value is the resilience of patterned vegetation to environmental change. This type of conclusion raises the possibility of using mathematical models as an early warning system that catastrophic changes in the ecosystem are imminent, enabling appropriate action (such as reduced grazing).”

The simplicity of the model allows the author to make detailed predictions, but more realistic models are required to further this work. “All mathematical models are a compromise between the complexity needed to adequately reflect real-world phenomena, and the simplicity that enables the application of mathematical methods. My paper concerns a relatively simple model for vegetation patterning, and I have been able to exploit this simplicity to obtain detailed mathematical predictions,” explains Sherratt. “A number of other researchers have proposed more realistic (and more complex) models, and corresponding study of these models is an important area for future work. The mathematical challenges are considerable, but the rewards would be great, with the potential to predict things such as critical levels of annual rainfall with a high degree of quantitative accuracy.”

With 2013 being the year of “Mathematics of Planet Earth (MPE),” mathematics departments and societies across the world are highlighting the role of the mathematical sciences in the scientific effort to understand and deal with the multifaceted challenges facing our planet and our civilization. “The wider field of mathematical modeling of ecosystem-level phenomena has the potential to make a major and quite unique contribution to our understanding of our planet,” says Sherratt.

Source Article:
Jonathan A. Sherratt, Pattern Solutions of the Klausmeier Model for Banded Vegetation in Semi-arid Environments V: The Transition from Patterns to Desert, SIAM Journal on Applied Mathematics, 73 (4), 1347–1367 (Online publish date: July 3, 2013).
The article will be available for free at the above link from September 4 – December 4, 2013.

About the author:
Jonathan A. Sherratt is a professor in the Department of Mathematics at Heriot-Watt University, and at Maxwell Institute for Mathematical Sciences in Edinburgh, United Kingdom.