A recurrent idea in science is that the loss of stability of an equilibrium position through diffusion can lead to the creation of patterns. The idea goes back to Turing in his famous 1952 paper “On the chemical basis of morphogenesis,” which proposes a model for morphogenesis through chemical reaction-diffusion. The same idea can explain the shapes on Earth. We practically never observe a large flat landscape of sand on Earth. Why? Indeed, on a flat area there would always be a few irregularities. When the wind starts blowing, sand grains are transported and deposited behind the irregularities, thus making them grow. After a while, we observe a pattern of dunes. The “diffusion” in this case comes from the wind. The same occurs when the wind induces a regular pattern of waves on the surface of the water. The original equilibrium, consisting of a flat surface area, loses its stability when the wind associated with the diffusion starts to blow. This loss of stability is associated with the appearance of another equilibrium, consisting of a pattern of regular dunes for the sand or of regular waves for the water. 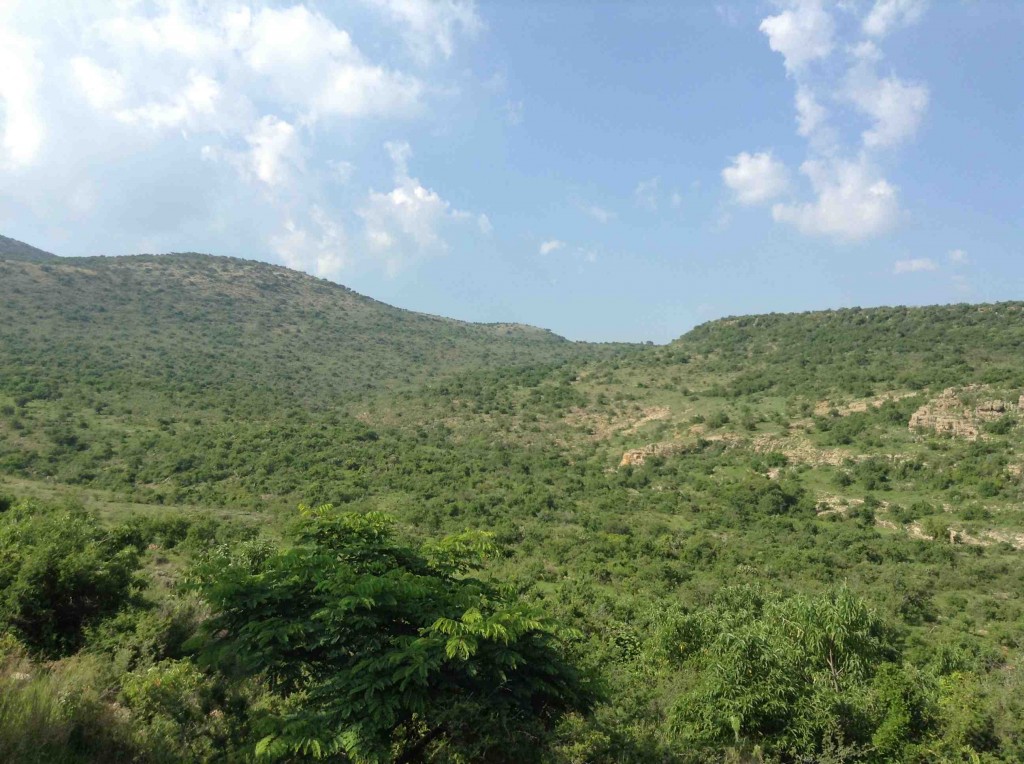 Spot vegetation around the ruins of Plazuelas in Mexico.

Similar patterns can be observed for vegetation and, what is remarkable, they can also be explained through a reaction-diffusion model. I met Antonello Provenzale in Rome during the workshop “Models and Methods for Mathematics of Planet Earth” at the Istituto Nazionale di Alta Matematica (INdAM); he provided me references on the subject, including some of his own articles. The vegetation patterns occur in semi-arid regions, where there is not enough water for a full vegetation cover. What are the diffusing substances in the model? They are the vegetation on the one hand and the surface water and ground water on the other. The roots of the plants can use some of the water in the soil covered by no vegetation. Also, the vegetation protects the soil from evaporation, and this feed-back mechanism allows the persistence of the vegetation patches. The models predict four types of vegetation patterns, depending on the parameters, which can be the quantity of water and the slope of the surface:

These four types are observed in vegetation patterns occurring in nature. And, what is more remarkable, they are the same patterns that are observed in animal coatings and well explained through a reaction-diffusion model!