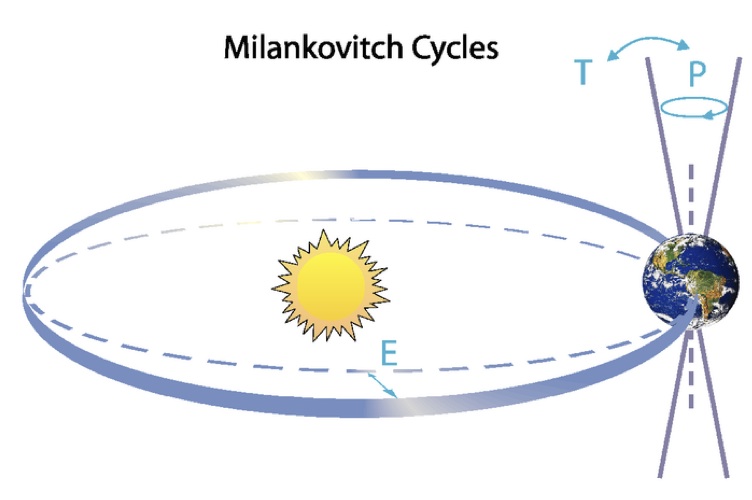 The Earth moves around the Sun in an elliptical orbit (eccentricity, E), so the distance to the Sun, and therefore the amount of solar energy reaching the Earth, varies periodically. Furthermore, since the Earth’s equatorial plane is tilted relative to its orbital plane (obliquity or tilt, T), the amount of energy received from the Sun varies with the seasons. Third, the Earth’s axis of rotation spins around the normal to its orbital plane (precession, P). The influence of these variations on the total amount of energy reaching the Earth can be computed from the laws of celestial mechanics. In the 1940s, the mathematician Milankovitch showed that the coming and going of ice ages correlates with the cyclical variations of the Earth’s orbital parameters. The correlations do not explain how ice ages start or end, but they suggest a possible framework for a rational approach to glacial cycles. The theory can be refined by including other phenomena, like feedback mechanisms.