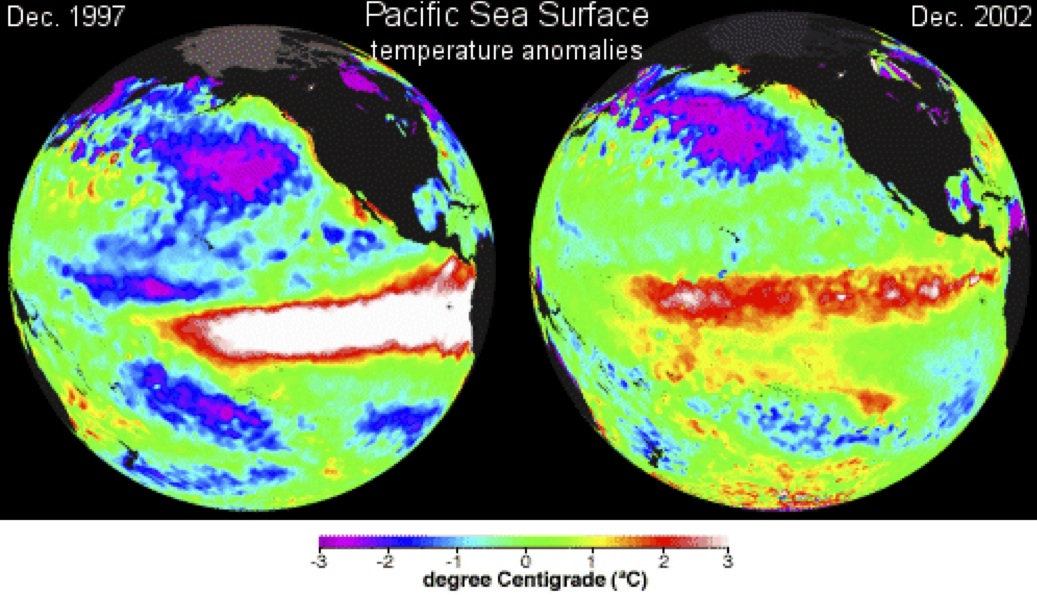 During an El Nino episode, the trade winds in the central and western Pacific relax, leading to a depression of the thermocline in the eastern Pacific and an elevation of the thermocline in the western Pacific. (The thermocline is the boundary between the warm upper layer of the ocean and the cold deeper part.) The efficiency of upwelling of cold water from deeper levels decreases, and the supply of nutrient-rich thermocline water is cut off. Rainfall follows the warm water eastward, with associated flooding in Peru and drought in Indonesia and Australia. The eastward displacement of the atmospheric heat source overlaying
the warmest water results in large changes in the global atmospheric circulation, which in turn force changes in weather in regions far removed from the tropical Pacific. El Nino events occur every 3-7 years and alternate with the opposite phases (La Nina) of below-average temperatures in the eastern tropical Pacific, . The image shows the sea surface temperature anomalies (degrees C) observed under El Nino conditions (December, 1997; left) and La Nina conditions (December, 2002; right).