“Making an exhibition is nicer than going to an exhibition” is a sentence that I often use to explain the interest and curiosity of the public towards science today. It shows clearly that many people want to get involved, they are keen to interact, to think along, to participate and to create. New collaborative ways of communication carried out by science museums or science exhibitions proved to be very successful, and science communicators engage more and more in working closer with the public to jointly explore and transport insights into scientific topics.

Mathematics of Planet Earth has—from the very beginning—adopted an open approach to fulfill one of the missions of the initiative, which is to “inform the public about the essential role of the mathematical sciences in facing the challenges to our planet.” The open approach started with an invitation to the public—including mathematicians and scientists, artists, teachers—to develop modules for an exhibition. In 2012 we started the project of the “Competition of virtual modules for an open source exhibition.” Virtual means that the modules, like films, images, software programs or physical exhibits, had to be submitted in a digital format so they can be easily reproduced (printed, built) for the exhibition. But not only was everybody invited to contribute, the main idea was to make the exhibition itself available under a free and open source license. This way museums and exhibition organizers, schools, universities or any organization can easily stage the exhibition, change it, or extend it.

The winners of the competition 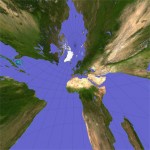 The competition ended in December 2012. We received 29 modules from 11 countries. A jury consisting of international experts in the field of math communication selected three winner modules and prepared a list of modules to be shown at the exhibition. The winner was a physical and interactive exhibit on “The Sphere of the Earth” by Daniel Ramos from the Museu de Mathemàtiques de Catalunya. It explains that maps are always wrong and shows the difference of many map projections using the Tissot Indicatrix. The module includes posters, a touch screen installation, a globe, rulers, the continents as physical representations (in various forms) and an activity book to experiment with the maps yourself! The second winner was “Dune Ash” by Tobias Malkmus and his team, a software program made for exhibitions which allows the users to experience the mathematics behind the propagation of volcanic ash. You can place a volcano, define a wind field and choose a dispersion parameter. Then the propagation of the ash cloud is calculated in real time by numerically solving a partial differential equation. In the program you can learn about the mathematical model behind the calculations and also about volcanoes and numerical methods in general.

The third winner was the module “The future of glaciers” by Guillaume Jouvet and his team. It is a very informative and also entertaining short film on the interaction of a glaciologist and a mathematician to answer the question: “How can we predict the future of glaciers?” At the end of the film you can choose a climate scenario for the future and observe how climate affects the glacier, for example in the coming 100 years. The film exists in English, French and German.

Michel Darche and his team from Centre Sciences prepared ten hands-on exhibits which were added to the exhibition. They present topics as the Coriolis Force, Satellites, Tectonic Plates, and the Erosion and Fractal Coasts. More information and short videos on these exhibits can be found here.

All modules were compiled and form the basis of a permanent virtual and real exhibition “Mathematics of Planet Earth” (MPE). The modules are hosted by the IMAGINARY platform of the Mathematisches Forschungsinstituts Oberwolfach (MFO), an international research center based in the Black Forest of Germany. You can find them following this link or the website: www.mpe2013.org/exhibition

The MPE exhibition was launched on March 5-8 2013 at the Headquarters of UNESCO in Paris (see here for pictures and a quick review on this first exhibition). Since then the individual modules have been shown many times at conferences, science days and other events. Two examples of exhibitions where MPE modules have been shown are the exhibition in Bowdoin, USA,  and the Formas & Formulas exhibition in Lisbon, Portugal, which also included some of the Portuguese entries to the exhibition like the software program on rhumb lines and spirals. In the MiMa museum  in Oberwolfach Germany, a touch screen station with four modules (the three winners plus the very inspiring movie “Bottles and Oceanography” was installed. A bigger exhibition is now planned in collaboration with the Deutsches Technikmuseum in Berlin. It will include detailed info on the partial differential equation used for volcano ash propagation, the movement of glaciers and the propagation of tsunamis. A new module, called TsunaMath by team members of INRIA Paris-Rocquencourt is in development and will be added to the exhibition. 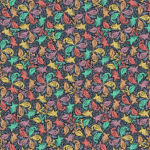 The authors of the competition modules have updated their work several times over the last months. New versions of all winner modules are online, some films have been translated to German and the author of the image entry “Quasicrystalline Wickerwork”, Uli Gaenshirt, has added two new pictures to his MPE gallery, among them a quasicrystal Escher style image.

A special competition for the MPE exhibition has also been organized in India. Today, November 22, the first Indian MPE exhibition will start in Bangalore in the Visvesvaraya Industrial & Technological Museum. It is organized by the International Centre for Theoretical Sciences (ICTS) and Center for Applicable Mathematics (CAM) of Tata Institute of Fundamental Research (TIFR). The exhibition is based on the four major themes: Waves, Networks, Optimization and Structures. There will be more than 30 different exhibits, like a tensegrity stool and collapsible structure, a 3d Escher sculpture, an exhibit on networks in the human body (blood / neurons), surface waves, waves on a string, fractal maps,an ecosystem model or a walk the function interactive game! It is planned that these exhibits will be added to the main MPE exhibition platform, so others can also copy them and use them for own exhibitions. More details can be found here.

The description texts of all modules have been translated to Spanish by the Spanish Mathematical Society RSME, you can find them at the Spanish MPE exhibition page.

Ongoing exhibition and invitation to participate

In 2014 several exhibitions will take place, next to the museum installation in Berlin we already have confirmed an exhibition in Seoul for the ICM 2014 congress. Coming back to the first sentence of this blog entry: we cordially invite you to be part of the future MPE exhibitions. The exhibition is open for new contributions and modules, see the open call for contributions. We also need people to support us in writing texts, adding mathematical explanations, translating texts and to establish contact to museums and exhibition organizers…

If you are interested please get in touch with us by email to submit@mpe2013.org. Let’s continue building an open and global exhibition of Mathematics of Planet Earth!