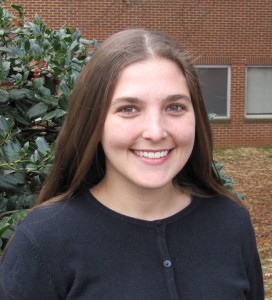 When paleobiologist Michelle Lawing joined field expeditions to collect rattlesnake data in the deserts of Southwestern America, she didn’t expect that her research would uncover such grim predictions for the rattlesnakes and their habitats in the future.

To survive the Earth’s climate changes over the next century, rattlesnakes will need to migrate as much as 1,000 times more quickly as they have in the past to find more suitable habitats, according to Lawing’s and her colleague’s study published in the journal PLoS One in 2011.

Lawing and her co-author David Polly, a geology professor at Indiana University Bloomington, synthesized information from climate-change cycle models, indicators of climate from the geological record, evolution of rattlesnake species and other data to develop what they call “paleophylogeographic models” for rattlesnake ranges. Using this information they mapped the expansion and contraction at 4,000-year intervals of the ranges of 11 North American species of the rattlesnake genus Crotalus.

The results predicted the future rate of change in suitable habitat to be two to three orders of magnitude greater than the average rate of change over the past 300 millennia, a time that included three major glacial cycles and significant variation in climate and temperature.

“It is clear that the climate has changed in the past and will continue to change in the future, but what is surprising is the rate of change. I did not anticipate the magnitude of the difference between modeled rates of change in the past and future projections of the geographic displacement of suitable habitats,” Lawing says.

Scientists question whether the snakes will be able to move fast enough to keep up with the changes. “If the past is any indication of the future, then probably they can’t,” Lawing says.

Lawing completed the study while a doctoral student in the geological sciences and biology at Indiana University, Bloomington. Now a postdoctoral fellow at the National Institute for Mathematical and Biological Synthesis (NIMBioS), Lawing is developing a new framework called Dynamic Rotation Method for modeling the evolution of multivariate systems and for reconstructing phylogenetic changes.

The method treats co-varying traits as a mathematical system that rotates, translates and scales through trait space. Lawing hopes that the application of the method will provide a synthetic interdisciplinary framework for integrating and comparing the study of phenotypic evolution, modularity and integration, geometric morphometrics, niche modeling, and habitat modeling in a phylogenetic context.

For more information about Lawing and her research, including a link to her seminar about the rattlesnake study, click here.